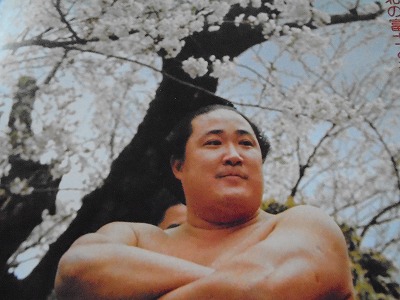 As the author, I would like you to pay much attention to the following three familiar kanji. They are not categorized into the foregoing chapters, but they are often used as part of shikona especially of young hopeful rikishi and of a great number of rikishi. The following three kanji, together with another kanji of “山” (mountain) are supposedly the most familiar kanji used as part of shikona.

As you see, “富士” has two kanji and proper noun. These kanji are indispensable to the introduction of shikona. This kanji shows the name of the highest mountain in Japan and tends to be used for most expected rikishi. To prove this, the following four rikishi using this kanji as part of their shikona became Yokozuna.
They are “東富士” (Azuma-Fuji ), “北の富士” (Kita-No-Fuji ), “千代の富士” (Chi-Yo-No-Fuji ), “旭富士” (Asahi-Fuji )
.

It is very important to be big or gigantic for professional sumo wrestlers (rikishi) to compete each other since Professional Sumo Competition has no weight category unlike Olympic-style wrestling. “大” (big) is supposed to be the symbolic kanji for physical strength and is very often used as part of shikona among rikishi. This may be not statistically proved, but this kanji must have been most often used among the past rikishi.

Needless to say, rikishi is named his shikona by his trainer (stable master) when he is a young pupil. “Young” means being energetic. So, many rikishi used to use this kanji as part of their shikona wishing to be an energetic wrestler. Some cases are that their sumo trainer (Oyakata : retired rikishi) names his pupils using the kanji of his own previous shikona together with “若” before the kanji. This means that the sumo trainer highly expects his young pupils to be great rikishi.